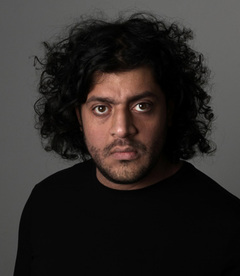 Alain Borek is an actor from Lausanne born in 1983. He graduated from the Manufacture in 2009, and since then he has participated as an actor in some twenty creations in French-speaking Switzerland and has directed five productions. He is also involved in artistic collaboration and dramaturgy with companies and artists whose work he supervises.

Since 2009, he has been teaching theatre, animation, public speaking and improvisation at various institutions including the Manufacture, the theatre school Les Teintureries and the Diggelmann theatre school.