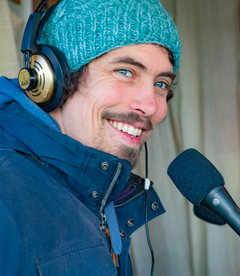 Graduated from the Manufacture in 2006, passionate about singing and theatre, he has since performed in around thirty shows, made a few appearances in films, taught improvisational theatre and co-hosted the RTS programme "Caravane FM".

Jean-François Michelet has also continued his collaboration with the Manufacture, where he has been leading public speaking workshops since 2010.