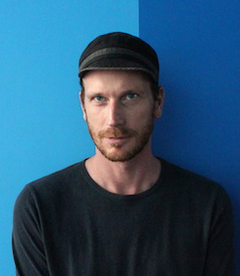 Joris Lacoste was born in 1973. He lives and works in Paris. He has been writing for the theater and the radio since 1996, and has been creating and performing his own shows since 2003. He created 9 lyriques pour actrice et caisse claire in 2005 with Stéphanie Béghain, then Purgatoire in 2007 at the Théâtre National de la Colline – an institution for which he was also associate author. From 2007 to 2009, he was co-director of the Laboratoires d’Aubervilliers (Aubervilliers, France).

Borrowing from literature, the theater, visual arts, music, and sound poetry, his work is structured by a deep commitment to research. Lacoste thus initiated two group projects: W (2003-, in collaboration with Jeanne Revel), which aims at studying represented action and notably produces the W Games; and the Encyclopédie de la parole (2007-), a transversal exploration of oral forms resulting in the 2009 show Parlement, then from 2013 in the series Suites chorales. Since 2004, Lacoste has also been interested in the possible artistic uses of hypnosis, through an activity he refers to as “hypnography.” Within that framework, he produced several pieces, including Le vrai spectacle – presented at the Paris Autumn Festival in 2011, and at the Centre Pompidou in 2012 – and the exhibition 12 rêves préparés at the gb agency gallery in Paris.