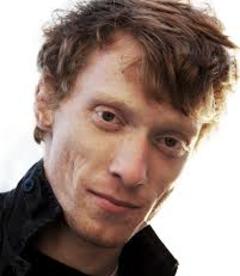 Olivier Veillon ended an actor formation at ERAC in 2007. Since then he has worked as a performer with French directors Alexandra Tobelaim, Jean-Pierre Vincent, Bertrand Bossard, Catherine Zambon… He co-directs l’Outil and participated to all the works of IRMAR with Mathieu Besset and Victor Lenoble, to the works of Baptiste Amann and to collective works with Solal Bouloudnine and Baptiste Amann. He also has a director activity with a German fellow, Christoph Wirth: Bones (2013-14, in co-production with the Swedish group Institutet), CLAP (2015-16, in co-production with the German group Objective : Spectacle), and also on his own (readings in Théâtre du Rond Point 2014, Technician School of Paris performance in Théâtre de Gennevilliers, 2015).