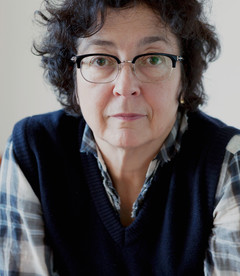 Her collaboration with Christoph Marthaler has led her to work with numerous theaters and operas such as the Theater Basel, the Volksbühne Berlin, the Schauspielhaus Hamburg, the Frankfurt Opera, the Paris Opera, the Teatro Real Madrid, the festivals Salzburg and Bayreuth, the Wiener Festwochen, the Festival d'Avignon and the Schauspielhaus Zürich, with whom she collaborated until the summer of 2004.

Since 1994, she has been working with Jossi Wieler and Sergio Morabito on productions - including opera productions - at the Theater Basel, the Salzburg Festival, the Nederlandse Opera in Amsterdam and especially in Stuttgart.

Anna Viebrock has also worked as a director since 2002. She has directed musical theater at the Hanover National Opera, the Opéra Bastille in Paris and the Schwetzinger Festspiele, and the theater at the Hebbel Theater Berlin, at the Schauspielhaus Zurich, at the Basel and Schauspiel Köln.

Her staging designs have been exhibited in Rotterdam, Prague, Frankfurt am Main, Madrid, Brussels, Ghent, Avignon, Helsinki, Basel and Giessen.

Anna has received the awards of "Scenographer of the Year" and "Costume Designer of the Year" sixteen times. The State of Hesse awarded her the Hesse Culture Prize in 1997, in 2004 she was awarded the Berlin Theater Prize, in 2013 the Hein Heckroth Prize and in 2015 the Zurich Festival Prize.