BAT-K
Choreographer, director of the Sevelin 36 Theatre in Lausanne
BAT 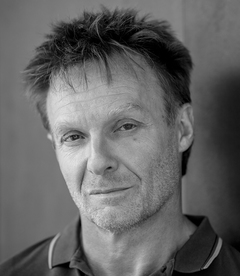 Key player in the Swiss contemporary dance scene, recipient of many awards, Philippe Saire has produced to this day some thirty shows, for over 1,000 performances in 200 countries in Europe, Asia, the Middle East, Africa and America.
Philippe Saire was born in Algeria in 1957. He spent there the first five years of his life. After moving to Lausanne, he trained in contemporary dance before going abroad – including a spell in Paris – to pursue his training.
In 1986, he creates his own company, and in 1995, inaugurates its own creative workspace, the Théâtre Sévelin 36. Located in Lausanne, the theatre is dedicated to contemporary dance and hosts performances of international stature, as well as local dance acts, in a bid to help promote local companies. In 2013, Théâtre Sévelin 36 is the laureate of the “Prix spécial de danse” awarded by the federal office for culture.
Philippe Saire teaches movement classes for the actors at Manufacture since its creation in 2003.