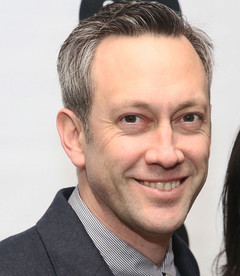 Richard Maxwell (born in 1967) is a playwright and director living in New York and the artistic director of New York City Players (founded 1999). He was awarded a 2012 OBIE for his direction of Early Plays by Eugene O’Neill, a collaboration with The Wooster Group.
Also in 2012, Maxwell was an invited artist in the Whitney Biennial. He has been selected for a Guggenheim Fellowship, two OBIE Awards, and a Foundation for Contemporary Arts Grant. His plays have been commissioned by Festival d’Automne, Paris; Kunstenfestivaldesarts, Brussels; Project Arts Centre, Dublin; the Barbican Centre, London; Theater Bonn; the Wexner Center, Columbus; the Walker Art Center, Minneapolis; Performance Space 122, The Kitchen, and Soho Rep in New York. Maxwell is a resident writer at New Dramatists.

His video works have been exhibited at Greene Naftali Gallery, White Columns, and Anthology Film Archives. Maxwell studied acting at Illinois State University. In Chicago, he was a founder of the Cook County Theater Department.