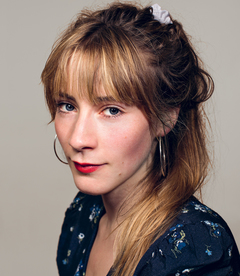 Anouk Werro trained in acting at RADA in London, supported by the Vincent Merkle Foundation. She trained as a director through various assistantships in Switzerland (for Cie Opus 89) and internships in Germany (Theater an der Parkaue, Stadttheater Heidelberg & Schaubühne), then through the Master in Theatre of La Manufacture. Her acting and directing practice is accompanied by writing. In 2015, she wrote and directed "Les 3 Ophélies". She continued her writing work with "The London Anxiety Monologues" in 2017, then "Fièvre Nocturne sur l'Iceberg" (FriScènes, 2018). She then became interested in the notion of testimonies by interviewing her grandparents in "Heritage" and then, in 2019, by mounting an audio installation, "Assis-e en Face du Silence", composed of testimonies on the issue of suicide among young people. From these two projects and other readings and collaborations, the writing of a solo "Une Femme S." (Les Impromptu-e-s, 2020), and a work in progress presentation of "Chakra de la Gorge en surxploitation" (Belluard Festival, 2021), then the writing of "Bains en famille" which she presented as her end of training show in collaboration with Mélissa Rouvinet. During her MA, she assisted Yves-Noël Genod for "C'est le silence qui répond" (Arsenic, 2020) and Claire Dessimoz for "Current Currents" (Arsenic, 2021).
In 2021, she presented her first professional piece "Vultures", which was selected for the Creative Art Platform, at the Festival Weekend Prolong, in collaboration with Fleur Bernet.