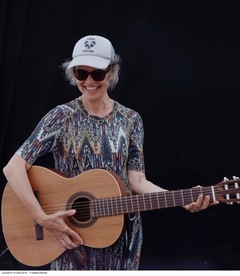 From the age of 8, ballet studies at the « école de danse de Geneve », directed by Beatriz Consuelo.
Joining the Ballet Junior, related to the school, in 1982.
1991, I am going to New-York for 6 months and study at Merce Cunningham studio, Susan Klein & Barbara Mahler, also doing many workshops in release technique and improvisation.

In geneva, I worked with Noemi Lapsezon and Fabienne Abramovitch.
I moved then to Paris and spend 10 years there, working with Martine Pisani, Myriam Dooge, Catherine Langlade. I collaborated on 4 pieces with « le groupe Quivala », Pascal Gravat & Prisca Harsch.

Back to geneva, I worked for 14 years with Foofwa d’Imobilité, on about 12 pieces.
Same period I also danced with Cyndi Van Acker in 2005, and twice collaborated with the visual artist Mai-Thu Perret.
In 2009 I signed my first and last piece, « quarantaine », presented at the théâtre de l’Usine.

In 2016 I started a formation in Alexander technique, with the support of the RDP ( dancer’s reconversion)

In 2017 I participed on a création of Ruth Childs, the recreation of 4 short pieces from de seventies, signed by Lucinda Childs.

I teach for about 10 years in different contextes and places, for professionals dancers, amateurs or actors. I also worked as an assistant or repetitor, principally with Foofwa d’Imobilité.