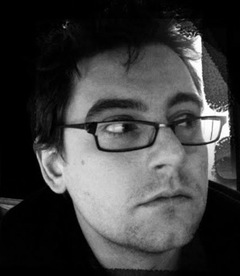 Andrew Sempere is a designer, developer and practice-based academic. He is from the USA but lives and works in Switzerland. His PhD is from EPFL (2015), his Master's degree is from the MIT Media Lab (MS 2003) and his undergraduate degree is from the School of the Art Institute of Chicago (BFA 2001).

In-between his master's degree and doctoral work, he spent twelve years working in design, software development and research including five years at the IBM Center for Social Software (2007-2012). His production code experience is primarily in database-driven web applications and native OSX desktop and iOS applications written in Objective-C. His design work focuses on user experience and interaction design in the context of performance and interactive environments. His academic research looks at the ways in which contemporary technologies have changed how we consume and produce culture.

At The Manufacture, he is a researcher in residence and lecturer. He develops new technologies for stage production.

He has also lectured at Zürcher Hochschule der Künste (ZHdK) and Geneva University of Art and Design (HEAD – Genève). He used to teach Computational Art at Harvard Extension. He co- founded the Feral Research Coalition and is a Trustee Emeritus of the Boston Awesome Foundation.