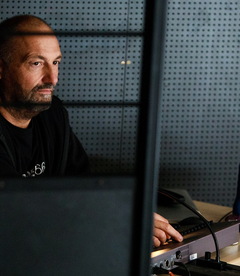 Nicolas Berseth has been the technical director of La Manufacture - Haute école des arts de la scène since the redevelopment of the site in 2003. He also produces lighting creations, stage management and video recordings for the school's shows and tours.

Holder of a federal certificate of show technician and member of the Artos association, he has been involved in various commissions (quality assurance, committee) and participated in the working group for the development of the CFC Techniscéniste course, which opened in 2011. He was in charge of this new apprenticeship programme from its opening to 2013.

Previously, he has held various technical responsibilities in institutions such as the Fondation Métropole, the Festival de la Cité, the Dolce Vita club and the Rock'Urbaines Festival.